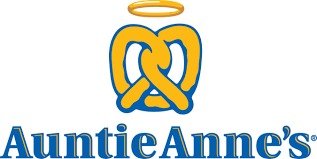 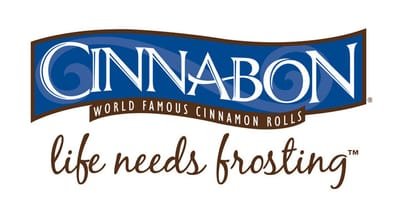 Auntie Anne's
Auntie Anne's got its start in 1988 when Anne Beiler bought a stand in a Pennsylvania farmer's market. After some experimentation, "Auntie" Anne created a masterpiece — the same freshly baked goodness you know and love today.

At Auntie Anne’s, a commitment to giving back isn’t merely a motto that hangs on a wall. It’s not a marketing stunt. From day one 30 years ago, giving back has been woven into the fabric of the company. “Auntie” Anne Beiler started baking pretzels to help fund her husband’s desire to provide free family counseling services for their community. He ultimately realized his dream and opened a counseling center. In, as she calls it, “a twist of fate,” Anne found her true calling as an unlikely entrepreneur, taking her business from a single farmer’s market stand to the world’s largest soft pretzel franchise. Throughout it all, Anne remained steadfast in her commitment to giving back, saying, “Caring for other people is the purpose of Auntie Anne’s.”

Cinnabon
It all started with a father, a son and a mission to create the world’s greatest cinnamon roll from scratch. Add in one master baker, months of trial and error, hundreds of different recipes and— BOOM!—you’ve got the sweet, cinnamon-spiced perfection that soon became the calling card of Cinnabon®.

When the father-son duo finally landed on the most magical combination of exceptional ingredients from across the globe, they knew they’d created the perfect recipe. So on December 4, 1985, they transformed their hard-earned dream into a delicious reality with the opening of the first Cinnabon® Bakery in the SeaTac Mall in Seattle, Washington.
Devoured by thousands of eager, waiting guests, the original Cinnabon® cinnamon roll became an instant obsession. To this day, the Cinnabon experience continues to grow to delicious new heights. Not only are there now locations throughout the nation and in over 50 countries worldwide, but the menu has also expanded to offer exciting, new ways for guests to enjoy the irresistible pleasure that only Cinnabon can provide.

Cinnabon® is now one of the world’s most-recognized and sought-after brands. You’ll find it where you shop, travel, dine and play. In fact, you can even find it on grocery store shelves to enjoy our bakery inspired cinnamon rolls right in your own home. And the best news is Cinnabon is just getting started.